What Do Baby Rabbits Eat?

Although newborn bunnies are tiny, adorable, and fluffy, they require a significant amount of attention. Whether you’re caring for an orphaned nest of newborn kittens or your pet rabbit has rejected her young, you may need to feed the babies in order for them to survive. By feeding your rabbit at the proper times of the day and with the correct quantity and type of food, you may assist them to have a good start in life.

What you feed your rabbit has a significant influence on their health and happiness. Feeding the proper diet to young rabbits will aid in their development as well as assist them to develop healthy eating habits, which can help avoid many diet-related problems in adulthood.

Although young rabbits eat the same foods as adults, their growing bodies and more delicate digestive systems need to be considered.

What Do Baby Rabbits Eat?

We Can Only Imagine How Smushy That Baby Rabbit is!

Baby Rabbits, like all other mammals, feed on their mother’s milk until they are 6-8 weeks old. Between 2 and 3 weeks, they’ll start nibbling on solids; by 3 to 4 months, they’ll be eating the same foods as their mother

Between 6 and 8 weeks of age, a rabbit’s digestive system is shifting from milk to adult meals, which is a particularly susceptible period, and why rabbits should be kept with their mother for at least 8 weeks. If you buy a rabbit from an unethical breeder, your rabbit will be born with physical or mental deformities. If your rabbit is younger than 8 weeks old, it’s never okay for them to sell rabbits. At the same time, you should pay particular attention to your bunny’s diet and keep any changes to a bare minimum until they’re older

As a result, gather a shopping list before you bring your rabbit home. Because proper nutrition is so important for newborn rabbits, don’t make any assumptions after they’ve arrived. 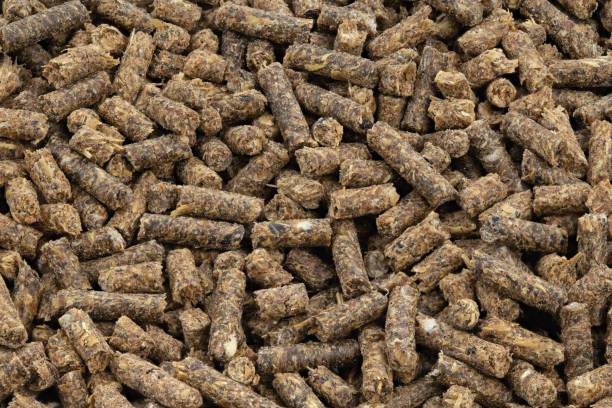 It is critical to include pellets in your baby rabbit’s diet. These will encourage your young rabbit to grow up healthy and happy. However, both quality and amount must be managed with care.

Tread cautiously when hearing claims that newborn bunnies can eat unlimited pellets. This is, in fact, correct in theory. The expanding body of a bunny will be able to handle the calories consumed while they are so young.

However, this is instilling bad habits in your rabbit. They’ll become accustomed to having a constant supply of pellets. If you take away the adult option, they will get worried. It’s preferable to teach a young rabbit to like hay as soon as possible.

It’s also critical to choose high-quality pellets. They should contain at least 22% fiber and less than 7% protein. Avoid anything with more than 1% calcium; it can be poisonous.

Don’t be fooled by muesli-based pellet mixes. Because they include nuts and seeds, they will be more delicious. A baby rabbit will choose the nutrient-depleted enjoyable ingredients over the rest because he or she is looking for nutrients. 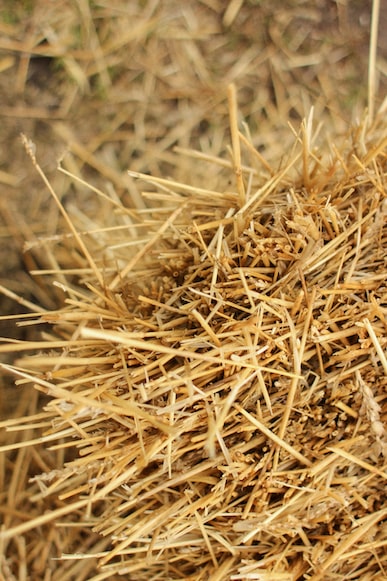 Baby bunnies like alfalfa hay. A rabbit will benefit from the protein in this hay for the first few months of its life. Your baby bunny will be healthy since pellets include alfalfa as well.

Despite the fact that alfalfa hay is beneficial to newborn rabbits, it should not be their only food. A ratio of 60:40 between alfalfa and grass hay is ideal. This will make the move from alfalfa hay to meadow hay less jarring.

Another thing to keep in mind is that your rabbit’s sleeping area will be filled with hay. You can expect your rabbit to sleep on it. They’ll rest on it and surround themselves with the items. This also indicates that your rabbit will urinate and defecate in his or her hay.

Since bunnies have immature brains and bladders, they may require some time to become litter trained. This must be done with care. Urine can cause the hay to grow moldy, which is detrimental to rabbits. Keep their cage clean on a regular basis. 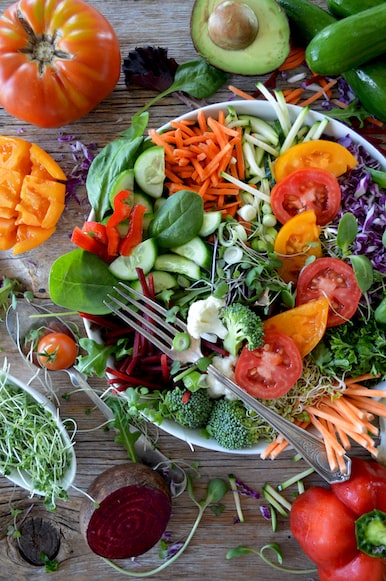 In the past, it was widely believed that baby rabbits should not be fed fresh food. Young bunnies have delicate digestive tracts, which is why this is the case. Fresh fruit and vegetables are perfectly fine in moderation, as long as you give your rabbit ordinary hay or grass to eat instead of pellets (which can cause stomach upset).

Because of a lack of information, many pet owners believe that fresh vegetables are harmful to baby bunnies. A bunny’s stomach might become upset if fed improper fruits or vegetables. It takes time for a rabbit to get used to a new diet.

Learn what fresh food their mother enjoyed while bringing home a newborn rabbit. They would have chewed on these veggies as well at the age of four weeks. Their stomachs can handle them in small quantities.

Baby bunnies will appreciate the extra vegetables as they attempt to grow bigger teeth. Rabbit teeth never stop developing. They’ll be filed down by crunching on tough, solid veggies.

What Do Wild Baby Rabbits Eat?

A wild rabbit’s diet varies depending on the temperature at which it lives. Their diet consists of flowers, clover, grasses, and other plants that thrive at higher temperatures. When the weather gets colder, their food intake decreases significantly, with only bark, twigs, and remaining greenery left.

How Much Do Baby Rabbits Eat?

For perfect babies, feed them twice a day; for sick or low-weighted infants, three times. An eyedropper or 3 cc/ml syringe may be the most convenient way to begin. Feeding should be done while the rabbit is sitting upright and pointing the syringe down towards the bottom of the mouth or side in case

How To Feed Baby Rabbits? 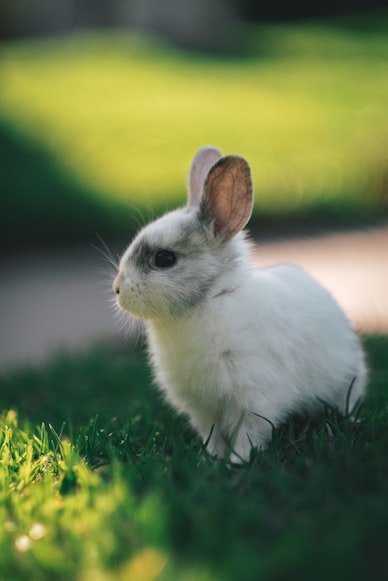 What Are The Natural Predators of Baby Rabbits?

All animals must consume food in order to live. While rabbits are herbivores, not all creatures can subsist on grass. Many species hunt and consume other animals, including rabbits.

There are a variety of predators in North America. Rabbits are the normal food for the majority of them. While they’re most prevalent in the wild, some predators reside and hunt in towns and cities as well.

Predators don’t care if you have a domesticated rabbit or not. If your rabbit lives outside, he may be prey for any number of wild animals.

Rabbits are hunted by certain domesticated animals. Unless your neighbors are careful to keep their dogs indoors, they may be a danger to your rabbit.

Rabbits are preyed on by a variety of predators at different times of the day and night. Dogs, badgers, weasels, wolves, foxes, cats, coyotes, raccoons, and snakes are among the most frequent rabbit predators.

Any opportunity to harm an unprotected rabbit will be seized by the majority of these predators. The predators in your region may vary depending on where you live.

What Are The Natural Predators Of Wild Rabbits?

Predators such as cats and raccoons that threaten domestic bunnies also prey on wild rabbits. Although the two species are separate, both are appealing to predators.

However, wild rabbits do not always succumb to predator attacks. They are quite skilled at avoiding capture. Instead, many wild rabbits perish as a result of various factors.

Many rabbits die of poisoning, for example. Rabbits are not naturally aware of which plants are hazardous to them. They can also succumb to pesticides sprayed on plants.

The majority of bunny deaths are caused by disease, injury, and parasites. Bad weather is also a killer for rabbits. Rabbits can handle the cold reasonably well, but heat kills them quickly.

How To Protect Baby Rabbits From Predators?

If you have a rabbit that spends its life outdoors, predators and weather protection should be at the top of your concern list. Keeping your rabbit inside is the most efficient way to keep them safe.

It’s a popular misconception that rabbit pets must have access to the outdoors. Though free-roaming wild rabbits may run around fields, domestic rabbits are just fine living inside houses.

It doesn’t matter whether you live in a tiny flat or a huge home. They’ll be delighted as long as they’ve got food, water, toys, and enough room to play. Bunnies can be litter-trained; all it takes is a little work.

A large shed in the garden is the next best thing if you can’t keep your rabbit inside. Predators should not be able to get in as long as it’s strong. You may allow your rabbit outside while being watched, in a covered enclosure.

What Do Baby Koala Bears Eat?