What Do Baby Possums Eat?


What Do Baby Possums Eat?

It’s easy to be charmed by the sight of a cuddly baby possum. If the infant is less than 7″ long and alone, it may be too young to be without its mother. The young may slip from their mothers’ backs and keep going, producing sneezing sounds in order to attract their mother’s attention. Watch the baby possum for a while to see whether it appears to be waiting for mom.

If it appears to be alone, cover it with a towel or t-shirt and scoop it up. Place the container on a heating pad with half on and half off. A used t-shirt or towel will suffice as bedding. Just make sure the towel isn’t worn out at all. Warm water should be provided, but do not attempt to feed it on your own.

If you come across one of these adorable creatures alone on the side of the road, do not hesitate to stop and offer assistance. It’s possible that it has gotten lost or was abandoned by its mother. If you’re going to save the little fur baby’s life, you’ll need to understand how to feed and care for it.

What Do Baby Possums Eat?

First and foremost, it is a good idea to call a professional rather than attempting to capture one yourself. If the possum is at least 7 inches long, all of its teeth, hair, whiskers, and eyes are open, it is wandering around without its mother, and you do not need to or should take it in.

Possums are marsupials that, like kangaroos, carry their young in a pouch until they are old enough to survive on their own.

There are two situations when baby possums must be retrieved. The first is that an older infant may fall out of the mother’s pouch or off her back. Possum moms carry their young with them, so if a kid less than 7 inches in length is discovered, it implies he or she has been abandoned.

The typical mother has 13 offspring at a time, so she does not search for missing babies. The second scenario is far worse, and I apologize to anybody who has to go through it. The second situation occurs when you discover a dead mother with stillborn infants clinging to her back or in her pouch. 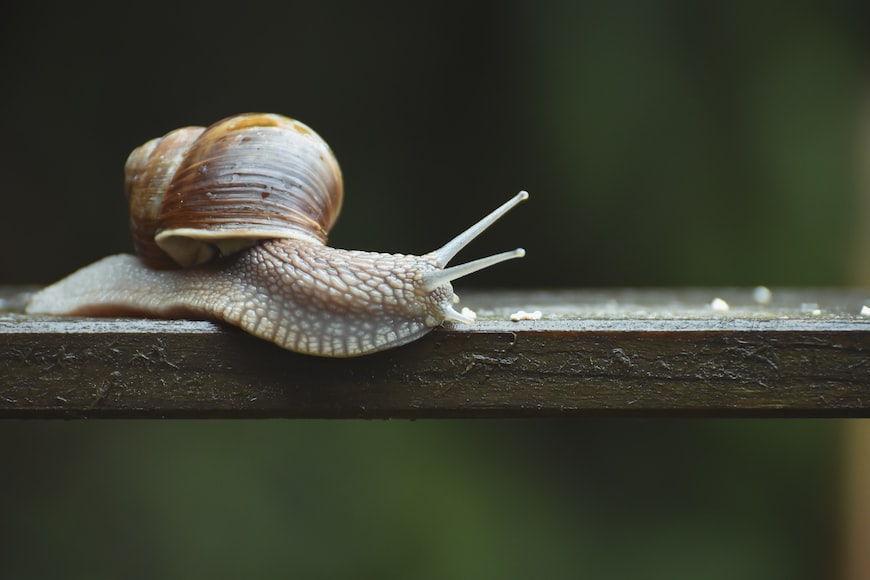 The first question to ask is what to feed baby opossums. Adults may be good scavengers, but infant opossums aren’t nearly as skilled. Because marsupial moms don’t have a placenta, their young must develop and stay in a pouch-like all marsupials. Although opossums are classified as marsupials, they are born as tiny newborns before being transferred to their mother’s pouch to live there for around 80 days.

Baby possums, once they are large enough to leave the pouch, can eat just about anything. You may feed your dog and cat kibble in moderation. They may also be fed insects like cockroaches, slugs, worms, and snails, which is one of their favorite meals. This is only relevant if the baby is old enough; however, because an orphaned opossum isn’t always known. 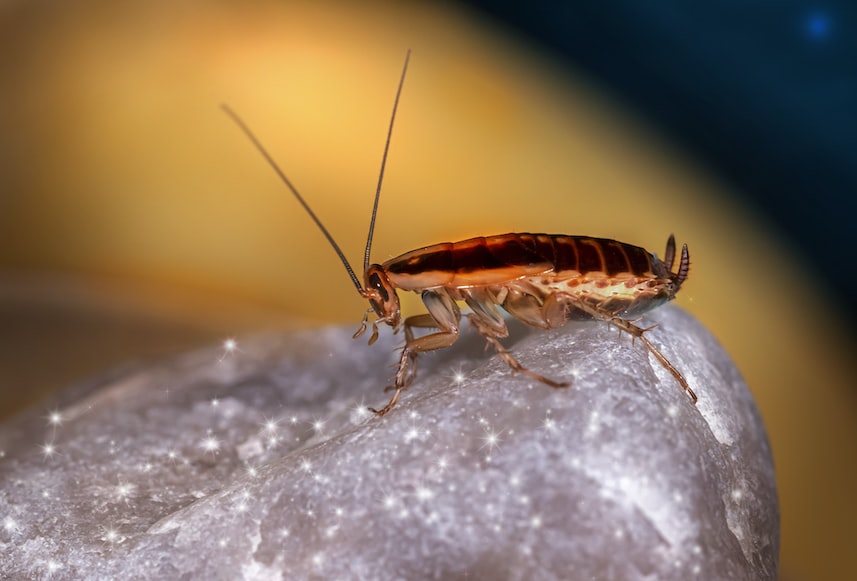 A Cockroach: Food For The Baby Possums

According to studies, baby possums do not require milk. First, marsupial milk is considerably different from cow’s milk or formula. Baby possums don’t suckle, so attempting to bottle-feed them could result in asphyxiation and death. The message we’re trying to convey is that you, the reader, are probably ill-equipped to feed or care for a baby possum on your own.

Should We Feed Baby Possums?

You should never, under any circumstance, responsibly remove an orphaned baby possum from its mother’s pouch without assistance. Not without some help, at least. If you come across a baby possum by itself or linked to its dead mother, you should call your local animal control agency, veterinarian surgeon, or animal rescue right away.

If you find a baby possum in the woods and can’t help yourself, grab a box with towels or used clothing, as well as a wrapped heating pad or water bottle, and transport them to an animal expert as soon as possible. That is the greatest way to assist them.

How To Take Care of Baby Possums?

Baby Possums With Their Mother

The first step is to adjust the baby’s body temperature. The body temperature of an adult possum is approximately 95.36°F or 35.2°C. A hot water bottle might be used as a good initial heat source for the youngsters. Hypothermia is more deadly than starvation, therefore ensure that their body temperature is maintained first.

Feeding: What Do Baby Possums Eat?

The second step is to hydrate the youngsters once they are warm. To feed and hydrate infants under 6 inches in length, you’ll need a 1cc syringe with a short piece of medical silicone rubber tubing over the needle end. As a result, you should administer Pedialyte through the syringe until you have the correct solution for them. Stop supplying them with Pedialyte as soon as the babies no longer greedily accept it. It’s better to underfeed than overfeed.

The nest for the newborns must be kept warm and humid. A plastic bin with a lid and air gaps should be obtained, as well as a local pet store’s terrarium. Place t-shirts, shredded newspaper, fabric, or paper towels in the base of their bin or terrarium.

For warmth, use a commercial pet heating pad. Human heating pads, lamps, and light bulbs are too hot, unreliable, and can be fire hazards; therefore they should not be utilized. You could inadvertently cook the baby possums to death because they are not able to flee when they become heated. Place several damp sponges in a shallow dish and place them in the bin or terrarium for humidity.

How To Feed Baby Possums?

You can purchase a puppy milk replacement from a local pet store to feed the baby. To prepare and feed the baby every four hours, follow the manufacturer’s instructions. The quantity of formula supplied at each feeding varies based on the baby’s age.

0.52 cc is the correct amount of milk replacement to feed a baby possum weighing 10 grams. 1 cc should be given for infants weighing 10 to 25 grams, and 1.74 cc for youngsters weighing from 25 to 50 grams. As the baby’s size increases and its hunger improves, gradually increase the quantity of food supplied.

Feed the baby by slowly pushing a small amount of liquid into its mouth with a syringe. When feeding the infant, keep it upright to avoid formula aspiration. As the child matures, you may give it in a shallow pan instead of a bottle.

What Are The Natural Predators of Baby Possums?

Foxes, wolves, coyotes, and bobcats are among the predators that target juvenile possums. Younglings are more frequently hunted by a variety of animals than adults.

The babies of the common opossum, like all marsupials, are born in an egg-shaped sac. When they’re still tiny, they drop off their mother. They cling to their mother’s back for the first part of their life. The average number of newborns is approximately 13; however, most do not survive owing to predators

Although tiny creatures, opossums are comparable in size to a typical house cat and have few predators; when predators do appear, they have a number of clever strategies for dealing with them.

In this case, you would anticipate your cat or dog to be a natural killer of baby possums, particularly if it strays onto their property in the yard. With a pair of razor-sharp teeth, powerful sharp claws, and a brain that is thought to be considerably smarter than a dog’s, it would appear that the animal itself is well prepared to tackle anything larger than itself.

The opossum, like other marsupials, is susceptible to a variety of predators. This isn’t to imply that the opossum isn’t vulnerable to animals of various sizes; in fact, even smaller creatures might deceive it. Owls are one of the natural predators of the opossum, and you don’t want to think about

The opossum has learned to survive in the wild for many years, and it is likely to be roadkill or succumb from disease if a vehicle passes by. Its ability to fake death when cornered or threatened is nothing short of amazing. It actually convinces the animal that it has won, when in reality it’s only sleeping!

Humans, of course, are one of the most deadly opossum predators! With gruesome poisoning methods, houses that cage them, and traps that we don’t understand how to use correctly against us, the opossum has little chance. However, it still manages to trick most of us on occasion, which irritates us greatly!

How to Protect Baby Possums From Predators?

Baby Possum in The Wild

Opossums play dead to protect themselves from predators since most predators will avoid eating a deceased animal. This is an unconscious behavior caused by surprise: the opossum falls to the ground and lies on its side with its eyes and mouth open, and it regains consciousness when the danger has passed.

When threatened, opossums may also hiss and bare their teeth in an attempt to deceive predators into thinking they are vicious. Because most opossums have poor hearing and vision, they are frequently run over by cars.

Are Baby Possums Healthy To Eat?

The concept of eating a baby possum may be unsettling to many individuals. However, Possums can be eaten safely as long if they are prepared correctly. It has been discovered that you may eat anything that lives on the ground with fur or feathers if it is cooked correctly, eliminating any potentially harmful germs or pathogens!

Possum meat is extremely high in fat and, as a result, has a very similar texture to chicken. When prepared as a stew, you may even discover it palatable. The majority of people today would identify someone who consumes a possum as a hillbilly. The fact is that you’d rarely encounter a possum in most southern homes. And, if you did, it would only appear twice per week on average.

Possum meat may be consumed in a variety of ways. This does not imply you will enjoy the flavor or that it is safe to eat. This is why, if you want to try this unusual food, you should learn everything there is to know about it.